Escorted Package is from 2 to 8 person

10 optional tours are included in our escorted package ( Worth In total Euro 535 ):

DANUBE LEGEND, EVENING CRUISE
An opportunity to witness as the legends of Budapest come alive during a boat cruise of an hour. A program in 30 languages plus a film about the most famous monuments of the city. One drink is included in the price: a glass of champagne and a choice of beer, wine and soft drinks. 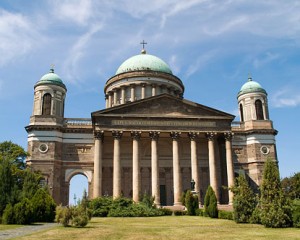 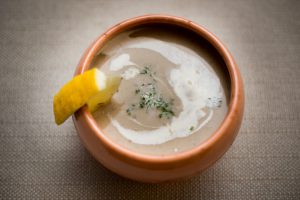 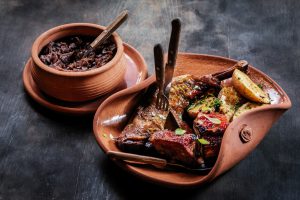 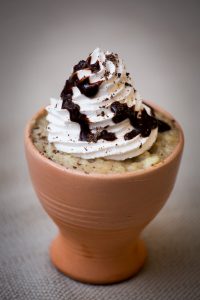 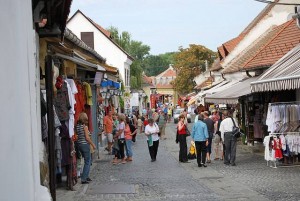 DANUBE BEND TOUR (Included lunch): Esztergom Cathedral, Visegrad and Szentendre
ESZTERGOM CATHEDRAL: The Northern gate of Budapest – the center of the Catholic Church. We visit the largest cathedral of Hungary (also burial place of famous cardinals of Hungary, like Primate József Mindszenty). Afterwards, we glance across the river and enjoy the view over to Slovakia.
LUNCH IN VISEGRAD: The formal Royal Residence near Danube river; we will stop for lunch here at Restaurant Renaissance. Three course menu and unlimited wine/soft drinks will be served, coffee as well. They serve the soup and the main dish in big pots and you can serve to your plate as much as you want. Don’t worry, if you want more, they will bring again.
Menu:
-Venison ragout soup with cream.
-Larded turkey leg in one piece with brined meat crown, Baked potatoes topped with cheese, served with cabbage salad
-Dessert Chestnut Cream
-Coffee
-Each menu includes Unlimited consumption of wine as well as soft drinks.
SZENTENDRE: On the way back we stop in the artist’s village of Szentendre. It is a small baroque city at the gate of the Danube Bend, at the meeting place of the river Danube and the Pilis mountains, in a beautiful natural environment. We walk around the baroque settlement, built on medieval ruins and go up the narrow streets to the panorama point to see the Danube. We then simply enjoy the special atmosphere of this village or you can choose to visit the shops of the village. 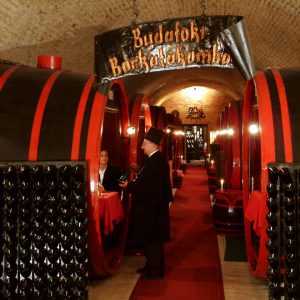 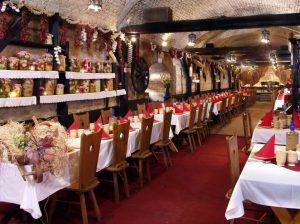 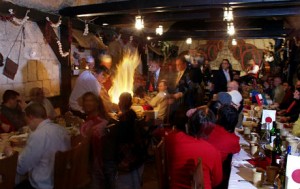 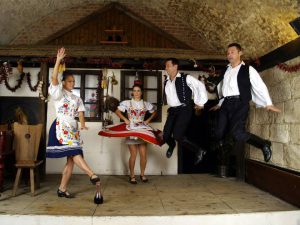 HUNGARIAN FOLK NIGHT
(Dinner with Show with Unlimited Wine and Soft Drinks)
Drive about 10 km out of city to the restaurant where you will enjoy the show. Three course menu and unlimited wine and soft drinks will be served, coffee as well. 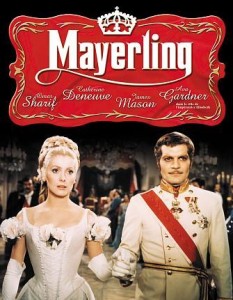 VIENNA WOODS: Seegrotte, Mayerling, Heiligenkreuz and Baden
SEEGROTTE (entry included): It is an underground cave system with a large grotto located under a former gypsum mine.
It was closed in 1912 after the mine flooded with 20 million liters of water. It became a tourist attraction after 1930 and has been one ever since, with the exception of World War II.[1] The lake is 60 meters below ground, the water surface is 6200 m² and pumps are used to keep the water level down. Visitors can tour the old mine and take a boat ride across the underground lake.
MAYERLING: The Mayerling Incident is the series of events leading to the apparent murder-suicide of Crown Prince Rudolf of Austria and his lover Baroness Mary Vetsera. Mayerling (1968 film) James Mason, Omar Sharif, Catherine Deneuve.
HEILIGENKREUZ: Heiligenkreuz Abbey is a Cistercian monastery in the village of Heiligenkreuz in the southern part of the Vienna woods. It is the oldest continuously occupied Cistercian monastery in the world.
BADEN: It is a spa town in the Austrian state of Lower Austria and the capital of the Baden district. 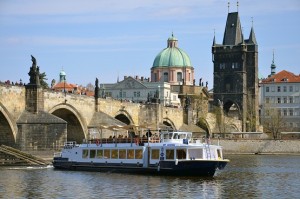 DINNER AT VLTAVA RIVER CRUISE
Tour the magical city of Prague at night by boat, and dine in comfort while cruising along the River Vltava. It’s the perfect way to see Prague at night, and a relaxing way to end a busy day. Cruise past historic highlights including Charles Bridge and Prague Castle.
Two hours dinner cruise on the River Vltava in the evening.
Buffet dinner including hot and cold dishes, included welcome drink famous “Becherovka” and one drink during your meal. 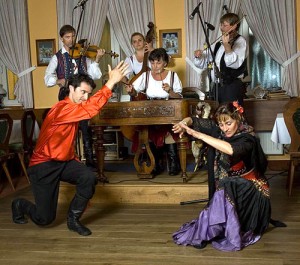 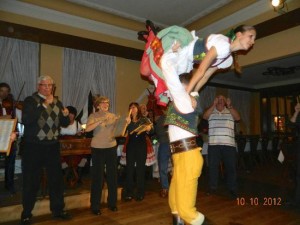 DINNER AT CZECH FOLK NIGHT
Restaurant has served not only as a restaurant, but also as a place of good entertainment more than 100 years. These traditions have not disappeared. At present folk evenings are held for the visitors to Prague with a great success.
Three course menu and unlimited beer/wine/soft drinks will be served.
Menu:
-Soup: Champignon cream soup
-Main dish: Variety meat on the skewer, creamy baked potatoes, croquettes, string beans
-Dessert: Pancake with fruit, ice-cream and whipped cream
-Drinks: Welcome drink famous “Becherovka”, coffee and Unlimited wine, beer, soft drinks. 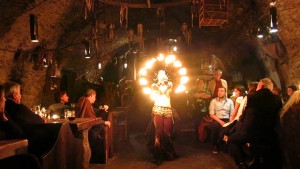 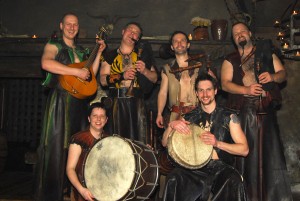 DINNER AT MEDIEVAL TAVERN
Its harsh and yet so romantic atmosphere will breathe on you in our tavern from all sides. No detail has been omitted, as none of the senses. There will be plenty to see, what to listen and most importantly, what to taste. You will be entertained by swordsmen, jugglers, and belly dancers, accompanied by contemporary music, wine and beer will flow and you will also eat in the spirit of the times, with your hands! The only disappointment could be the return back to the present!
Five course menu and unlimited beer/wine/soft drinks will be served.
2.5h performance (20:00 to 22:30) 5 course meal all you can drink
During the show traditional Czech food will be served. Main dish is mostly duck and chicken.
The set menu consists of an appetizer, soup, 2 meals including different sides or a salad, and a dessert.
You can choose vegetarian options as well.
Restaurant offers all you can drink option which is wine, beer and soft drinks. 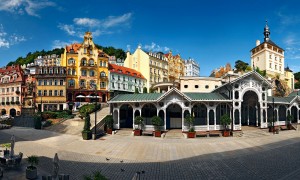 DAY TRIP TO KARLOVY VARY (CARLSBAD)
Karlovy Vary or Carlsbad (Czech pronunciation: [ˈkarlovɪ ˈvarɪ]; German: Karlsbad) is a spa town situated in western Bohemia, Czech Republic, on the confluence of the rivers Ohře and Teplá, approximately 130 km (81 mi) west of Prague. It is named after King of Bohemia and Holy Roman Emperor Charles IV, who founded the city in 1370. It is historically famous for its hot springs (13 main springs, about 300 smaller springs, and the warm-water Teplá River). It is the most visited spa town in the Czech Republic.
Upon arrival a short orientation walk and later will be given free time. 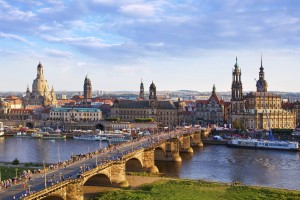 DAY TRIP TO SAXONY DRESDEN (GERMANY)
Dresden is the capital city of the Free State of Saxony in Germany. It is situated in a valley on the River Elbe, near the Czech border.
Dresden, once known as “Florence on the Elbe”, captures all the magic of medieval Europe and the history of modern Germany. This day trip from Prague will acquaint you with a city that has risen from the ashes of World War II like a mythical phoenix. Thanks to the continuous efforts of the city´s inhabitants, Dresden has been resorted to its original beauty. Highly recommended visit the world-renowned Zwinger Picture Gallery and discover masterpieces by such famous artists as Raphael Lucas Cranach.
Upon arrival a short orientation walk and later will be given free time.